↑
Home » Recipes » Keto BBQ Ribs Recipe (Slow Cooker & Ninja Foodi)
This post may contain affiliate links to products I use and highly recommend. You can read my full disclosure here.

Click below to share this!
A Keto Ribs recipe that uses a sugar-free dry rub and keto-friendly BBQ sauce. Directions to make these in the Ninja Foodi & a slow cooker 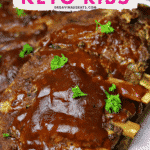 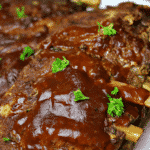 This easy Keto Cola BBQ Ribs recipe is perfect all year long. For those, like me, who live in an apartment, this dish allows us to easily have the flavors of Keto BBQ despite being indoors. If you’re short on time, I include directions for how to make these Keto Pork Baby Back Ribs in an Instant Pot, Ninja Foodi or other Pressure Cooker. I also include recipes for an easy sugar-free dry rub & a homemade Keto BBQ sauce. 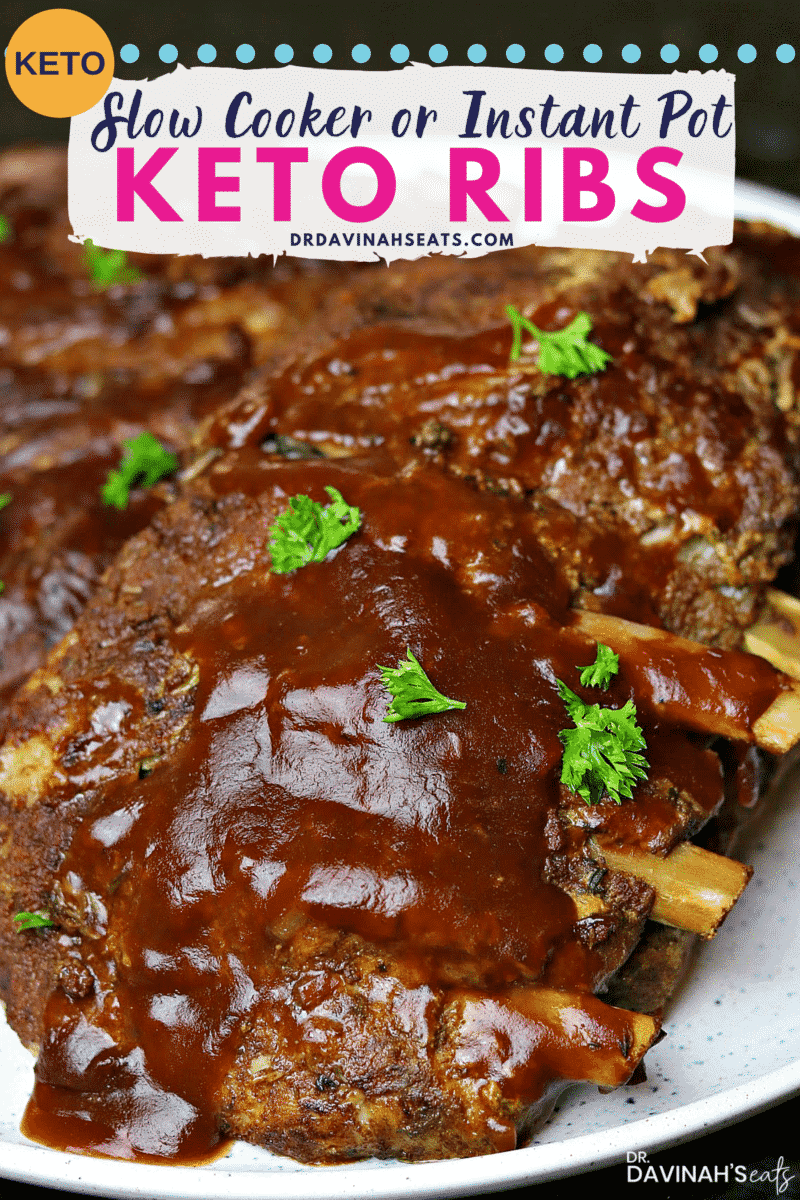 What makes these BBQ Ribs keto-friendly?

Usually, BBQ dry rubs are mostly brown sugar. So, if you’re trying to stay in ketosis, then you might think that BBQ is out of the question. In this recipe, I’m using an easy dry rub recipe that is sugar-free, Whole30 and keto-friendly.

Instead of sugar, it uses spices that I’m sure you have in your cabinet like paprika, garlic powder, salt, and onion powder.

Like the dry rub, BBQ sauce is typically not keto-friendly because it’s filled with sugar. As you can see in the BBQ sauce chart below, BBQ sauce generally has 10+ grams of net carbs per serving.

In this recipe, I’m using sugar-free options for BBQ sauce to keep the dish keto and low carb. 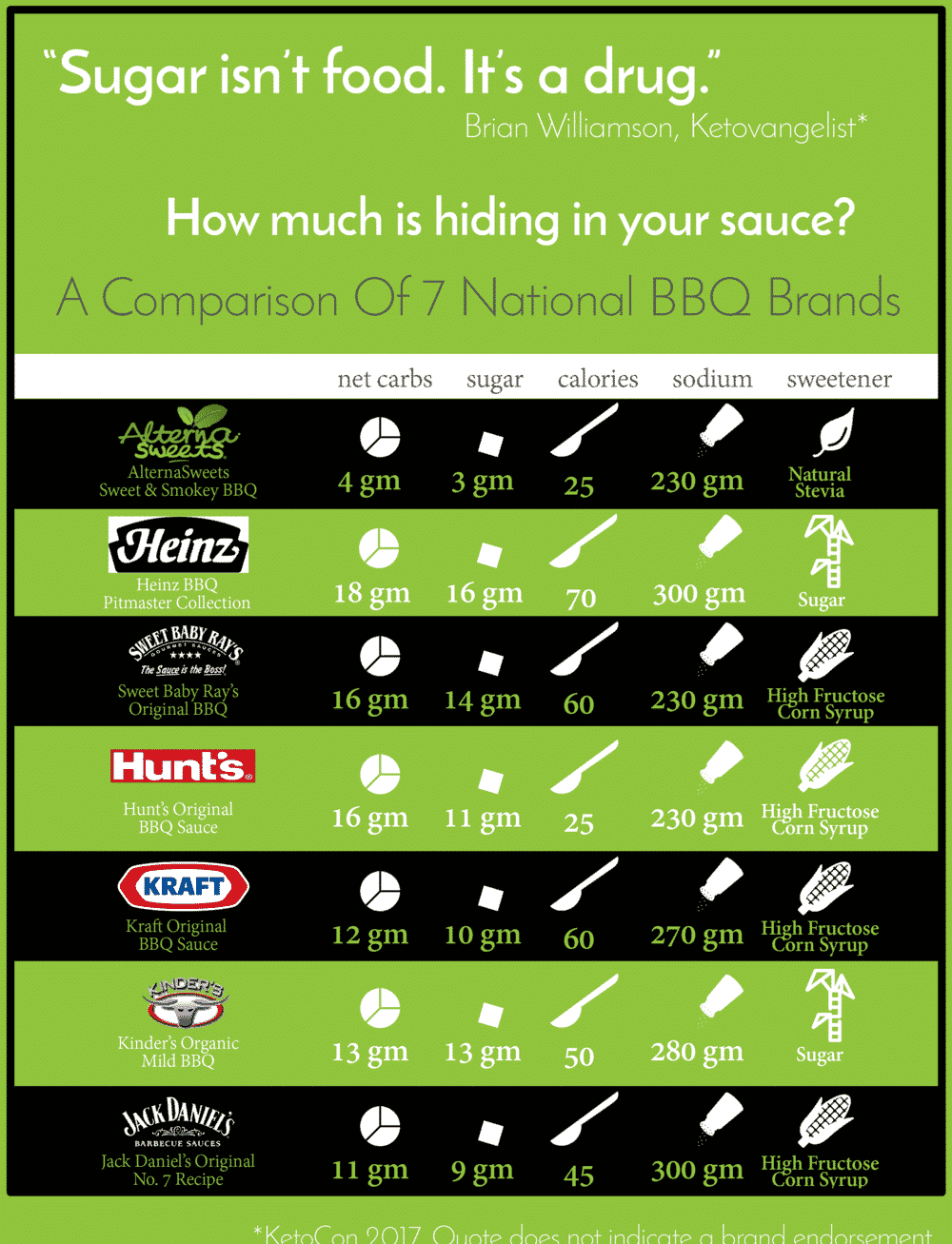 What are some keto-friendly BBQ sauce options?

Either of these would be a good option for these Slow Cooker or Instant Pot BBQ Ribs. However, as a mentioned in my Keto Candy post, Stevia has less impact on most people’s body when compared to Sucralose. So, keep that in mind if you’re particularly sensitive.

If you’re interested in making your own Low Carb BBQ sauce, then you can use my Cola BBQ sauce recipe that I used in these Bacon Wrapped BBQ Chicken Kabobs. 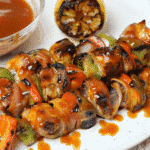 Can you make Keto BBQ Slow Cooker Ribs in an Instant Pot or Ninja Foodi?

Yes! When I first wrote this recipe, I made the ribs in my Slow Cooker.

However, after getting a Ninja Foodi (check out my Ninja Foodi review if you’re thinking about getting one), I realized that I could make these much quicker using the Foodi’s Instant Pot, or Pressure Cooker, function. 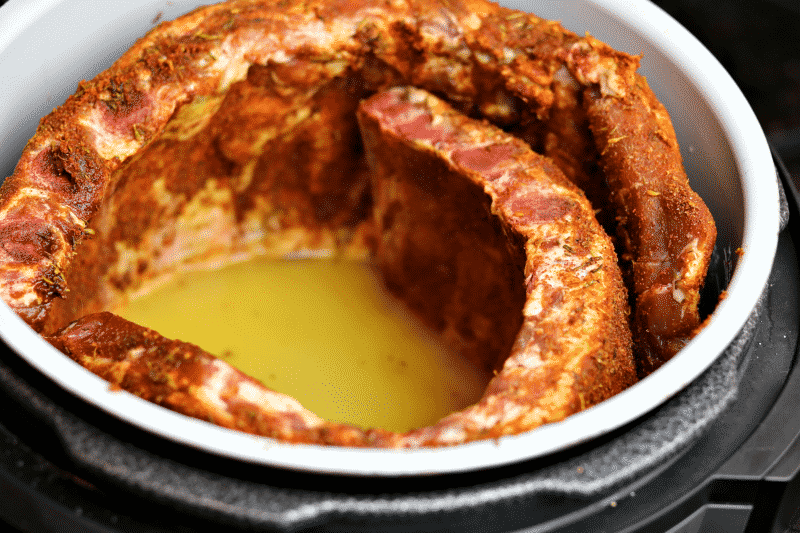 How do you make Ninja Foodi Keto BBQ Ribs?

Preparing to cook keto ribs in a Ninja Foodi or other pressure cooker like an Instant is the same as when you make them in a slow cooker.

The major difference between the two cooking methods is time. You can make ribs in a slow cooker in 4 hours or in an Ninja Foodi in 25-30 minutes.

To make my ribs in a Ninja Foodi, I did the following: 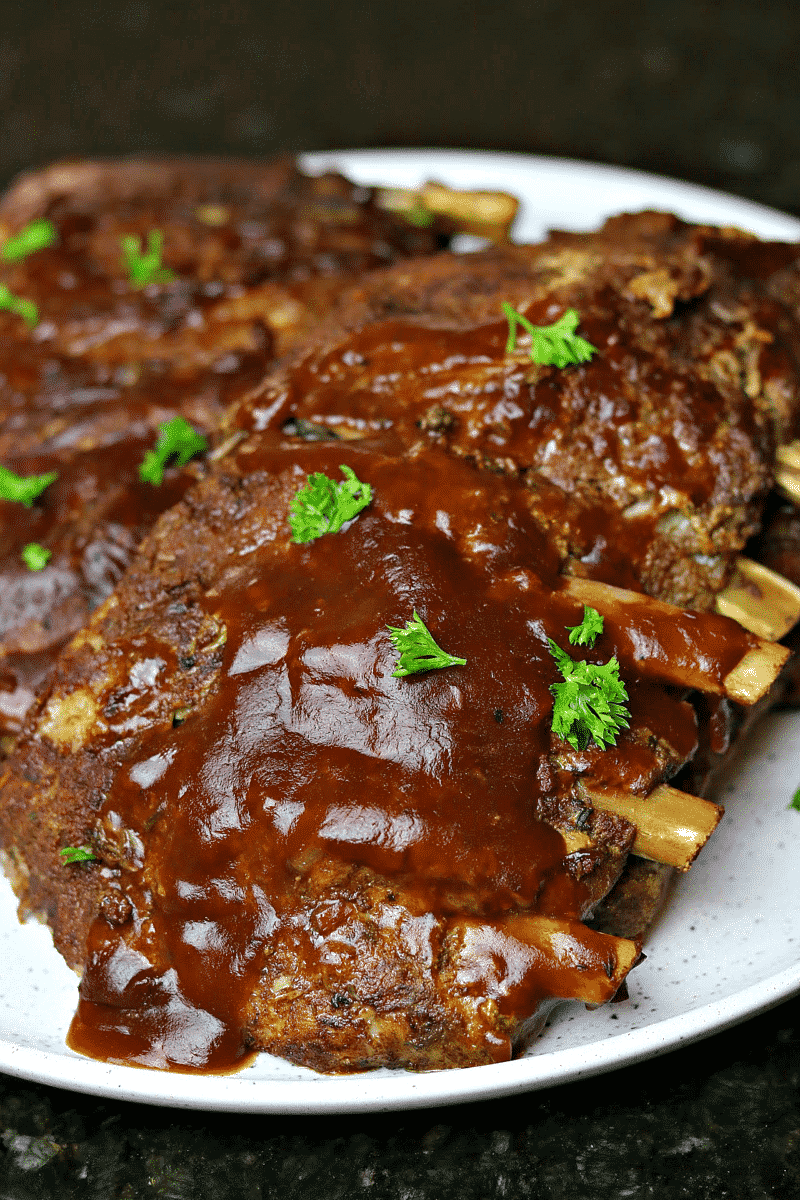 How is using the 360 Cookware Slow Cooker Base different from a regular Slow Cooker?

There’s a bit of a debate about whether you should brown your meat before putting it into a slow cooker, but I’m a believer in taking the time to brown the meat. For me, this step intensifies the meaty flavor but also renders some of the fat. Typically, browning the meat means adding an extra pot. The 360 Cookware Slow Cooker Base turns your pot into a slow cooker. So, you simply brown the meat then use that same pot for the slow cooking process.

What is a keto-friendly replacement for Coca-Cola?

One of my favorite ways to make ribs is using Coca-Cola soda. I got this tip a long time ago from a BBQ competition team and have used their tip since.

After starting keto, soda was not an option so I substituted it with chicken broth. Enter Zevia Sugar-free, All Natural Soda. Zevia’s Cola works perfectly in this recipe! I get a variety pack of Zevia each month from Amazon, but you could also get a 6-pack from some markets, like Whole Foods.

What are good side dishes for Keto Ribs?

If you’re being traditional, then you can pair this with my cauliflower mac and cheese and a sauteed leafy green like Kale or Collard Greens. You might also want to make this an easy meal and pair it with Keto Coleslaw or a salad. If you choose a salad, then I’d recommend topping your salad with my Quick Creamy Caesar Dressing. 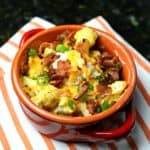 If you are busy and can use the extra hands-off cooking time that slow cooking provides, then you should check out my keto crock-pot recipes and these slow cooker pork chops.

You might also want to try Slow Cooker Chicken Adobo. It is Asian-inspired and reminds me so much of the Keto Chinese Food Recipes that I love making instead of getting takeout. 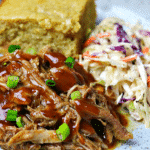 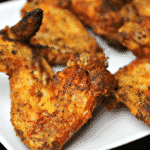 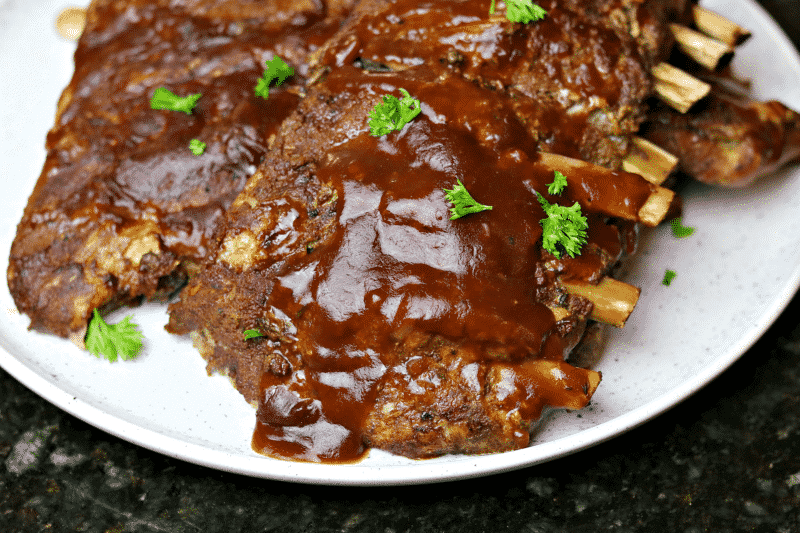 Print Recipe Save this Recipe for Later Rate Recipe
Prep Time: 10 minutes
Cook Time: 4 hours
Total Time: 4 hours 10 minutes
A Keto Ribs recipe that uses a sugar-free dry rub and keto-friendly BBQ sauce. Directions to make these in the Ninja Foodi & a slow cooker
Course: Dinner, Main Course
Cuisine: American
Keyword: Keto Ribs
Servings: 6
Calories: 389kcal
Author: Davinah S. Smith
Want to share this recipe?To spread the word about this recipe, please save it to Pinterest, share a link to it, or rate it if you loved it. Please do not copy & paste (or screenshot) my recipes to social media or other websites.

After removing the membrane from the ribs, I used to cut the ribs into smaller, 3 - 4 bone sections. I found that this made it easier for the ribs to fit into my pot or Crockpot. However, you don't need to do this if your ribs fit without cutting them.

Since keto-friendly BBQ sauce is more expensive than sugary BBQ sauce, I add my sauce right before browning the ribs. I've found that this reduces waste.
Did you make this recipe?Share your photos & mention @DrDavinahS! I love seeing them!
Nutritional DisclaimerThe nutritional information comes from Spoonacular API, a database of food ingredients. The nutritional information for any recipe will vary based on the exact product you use and the brand. I do not include erythritol or sugar alcohols in the final carb or net carb count as it does not have any impact on my blood glucose levels. Before starting keto or a low-carb eating plan, you should consult your doctor. I am sharing my personal experiences and none of the information included in my recipes or throughout the site should be taken as medical advice. 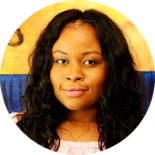 I share drool-worth keto & low-carb comfort food recipes, product reviews, and other tools that I use on my journey to my best health. Read More 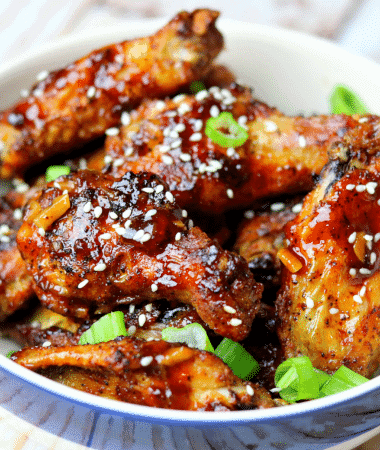 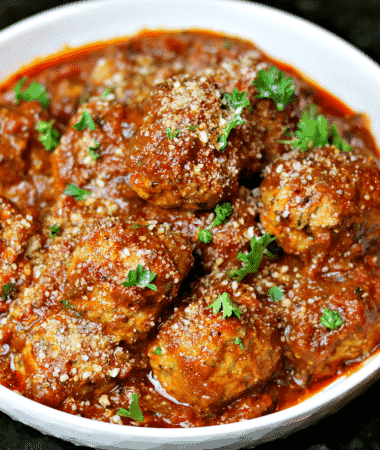 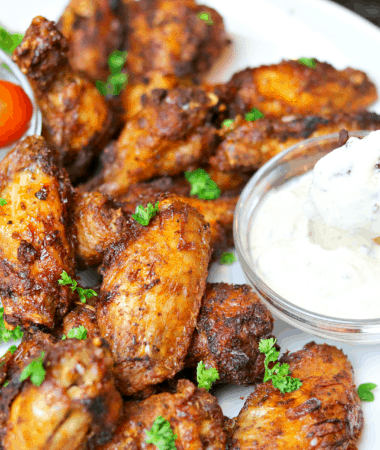 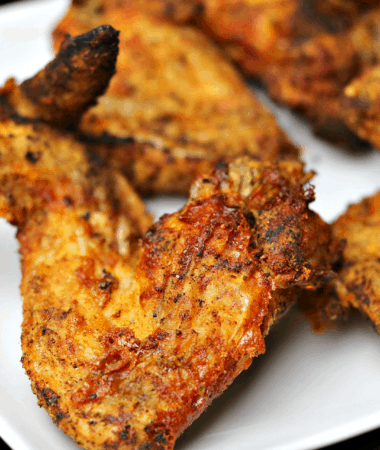 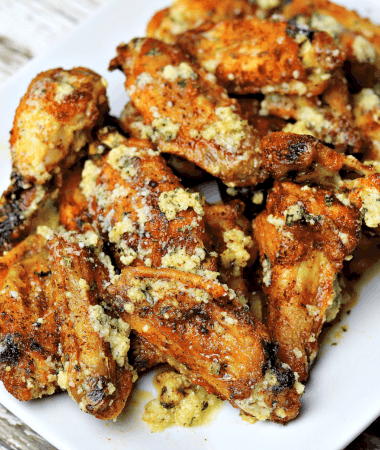 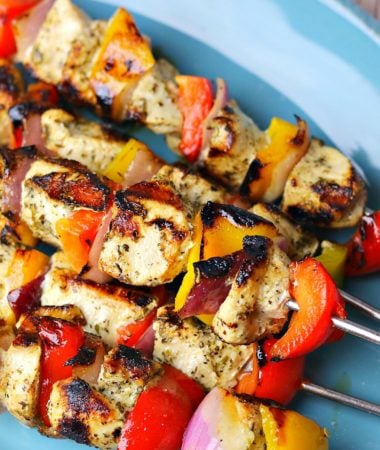 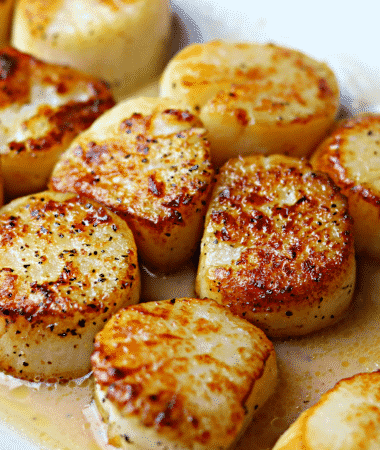 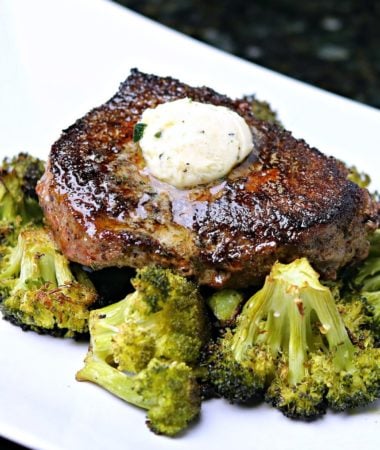 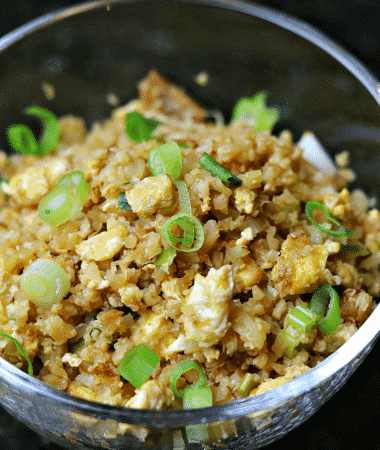 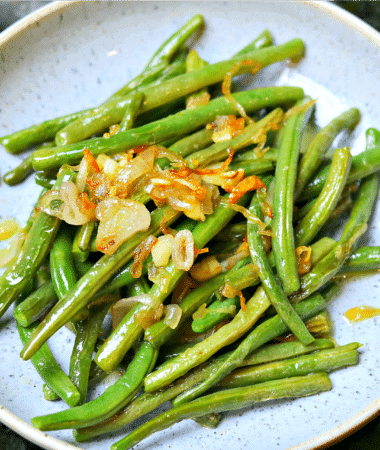 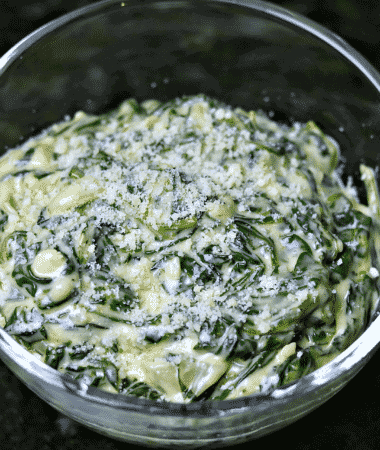 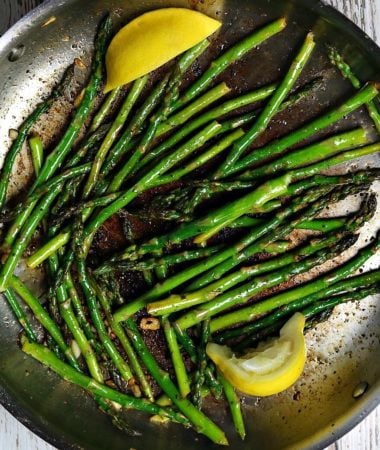 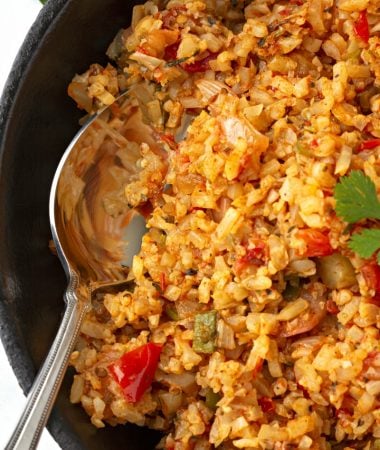 Meet Davinah Policies Work With Us

Sign-up to get my keto & low carb recipes, discounts, giveaways & tips for FREE by email each week!